“I can't say enough good things about Bravo Academy. The experience has been amazing, and I can't wait to do it again next year. I've made so many good memories here, and Bravo Academy has helped me blossom as a performer.” Studio Troupe Student 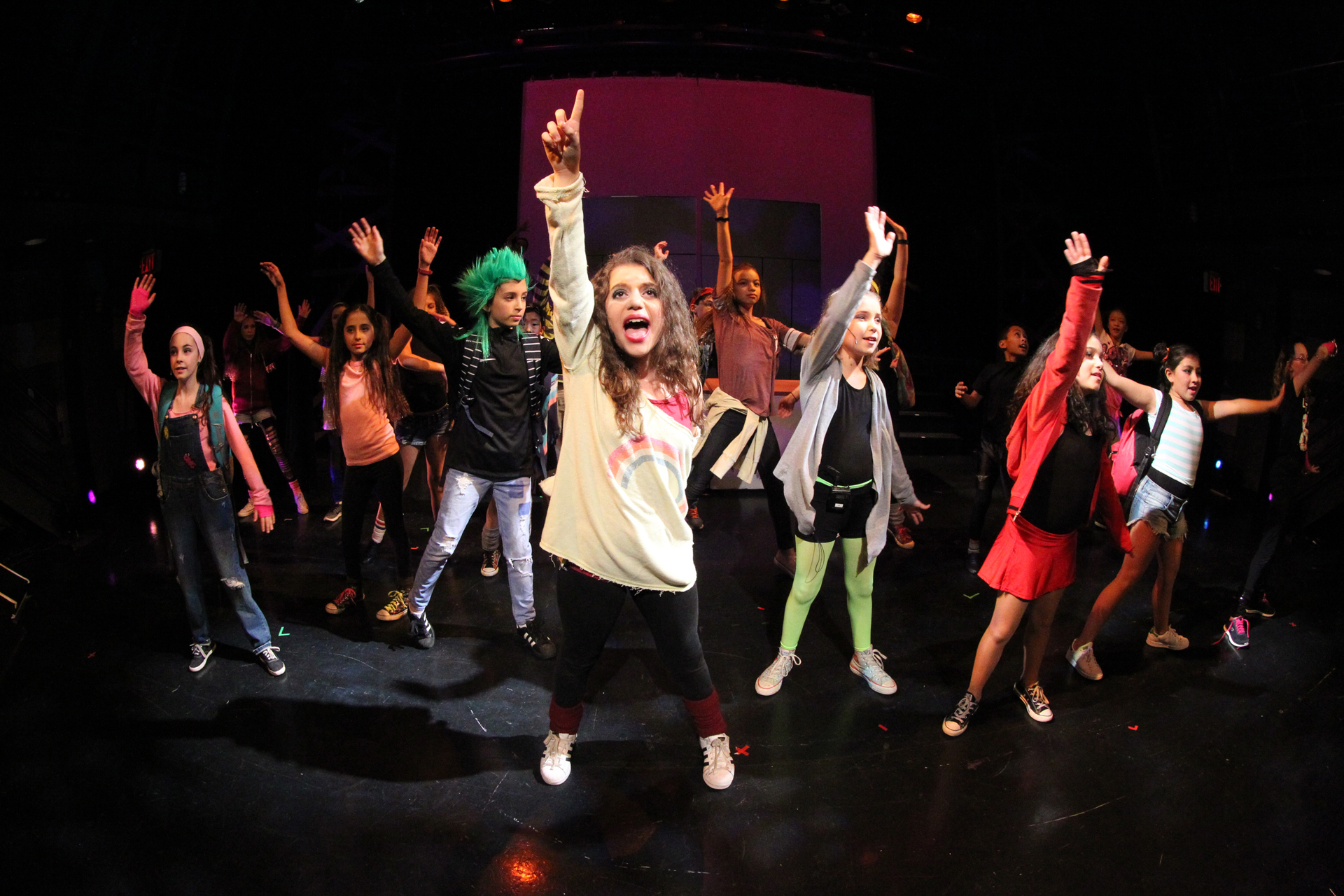 Our Fall 2021 season will be conducted primarily in-person, with some virtual rehearsals. Students will work towards an in-person performance in December 2021, either livestreamed or for a live audience, depending on what COVID restrictions permit. Rehearsals will be held according to COVID-19 provincial guidelines. Should in-person rehearsals not be permitted, Bravo Academy is able to provide a rich virtual experience for all students.

Prospective students can learn more about our audition process here or contact us at admin@bravoacademy.ca.

Bravo Academy's Troupe Program began in 2006 with a single Teen production of Cinderella. Over the past ten years, the program has expanded into five Troupes working with hundreds of students age 8 to 19. Bravo Academy has produced MORE THAN 150 FULLY-REALIZED PRODUCTIONS.

Students work with industry professionals and experienced theatre educators to produce HIGH-QUALITY PERFORMANCES, while receiving ADVANCED LEVEL TRAINING in the elements of music theatre. Admission to the program is by AUDITION ONLY, resulting in a fast-paced creative environment where budding artists can truly shine. Music theatre encourages children to use their imagination, work as a team, develop communication skills and build self-confidence.

All of our Troupe programs are audition-based. Troupe auditions are held annually in May for the following school year. Once accepted, students also audition for their role(s) at the beginning of each term. While students do not require past music theatre experience to audition, successful applicants are those that demonstrate a high level of singing and acting ability in the auditions. In addition, a positive attitude, willingness to learn, and overall energy are major factors. 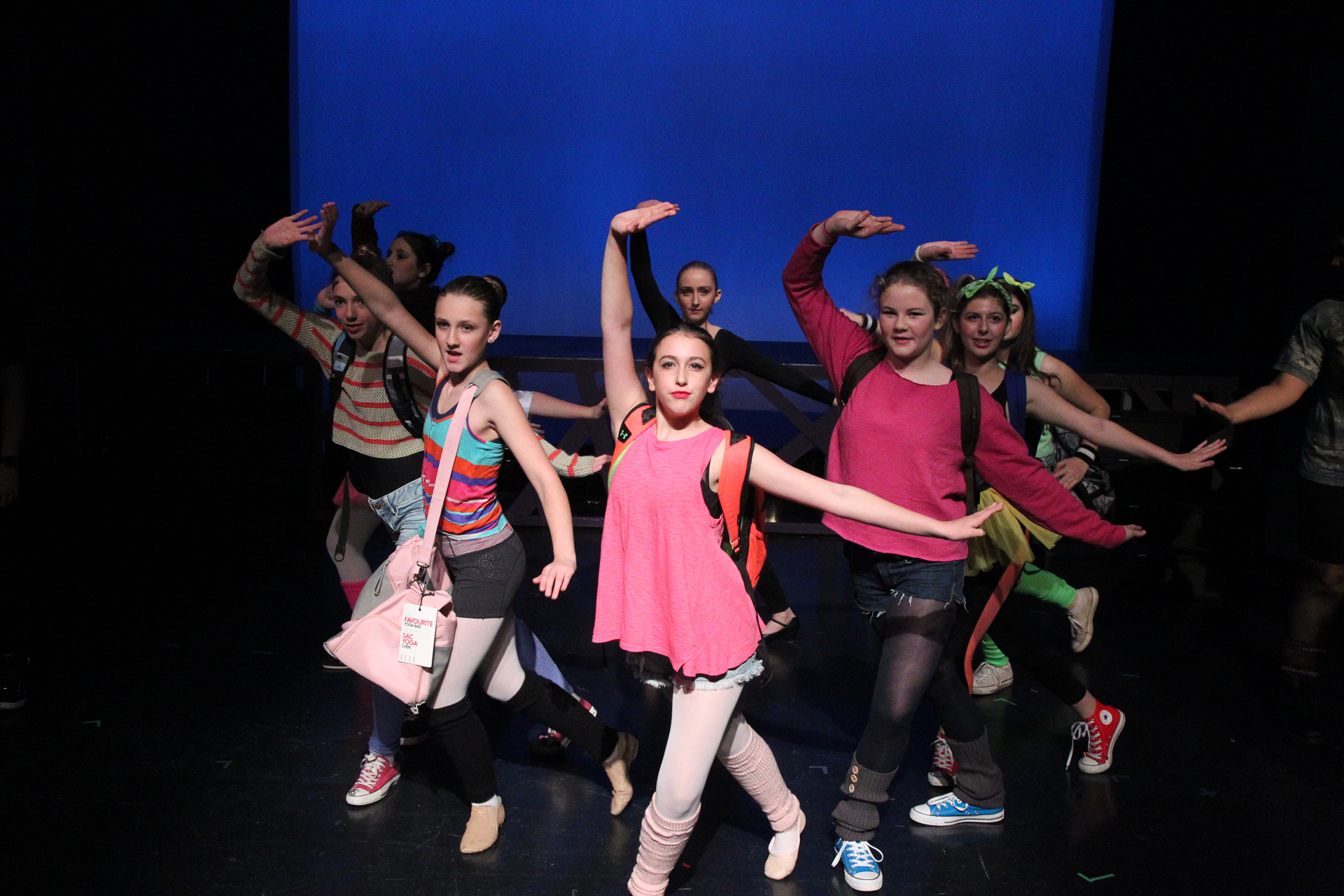 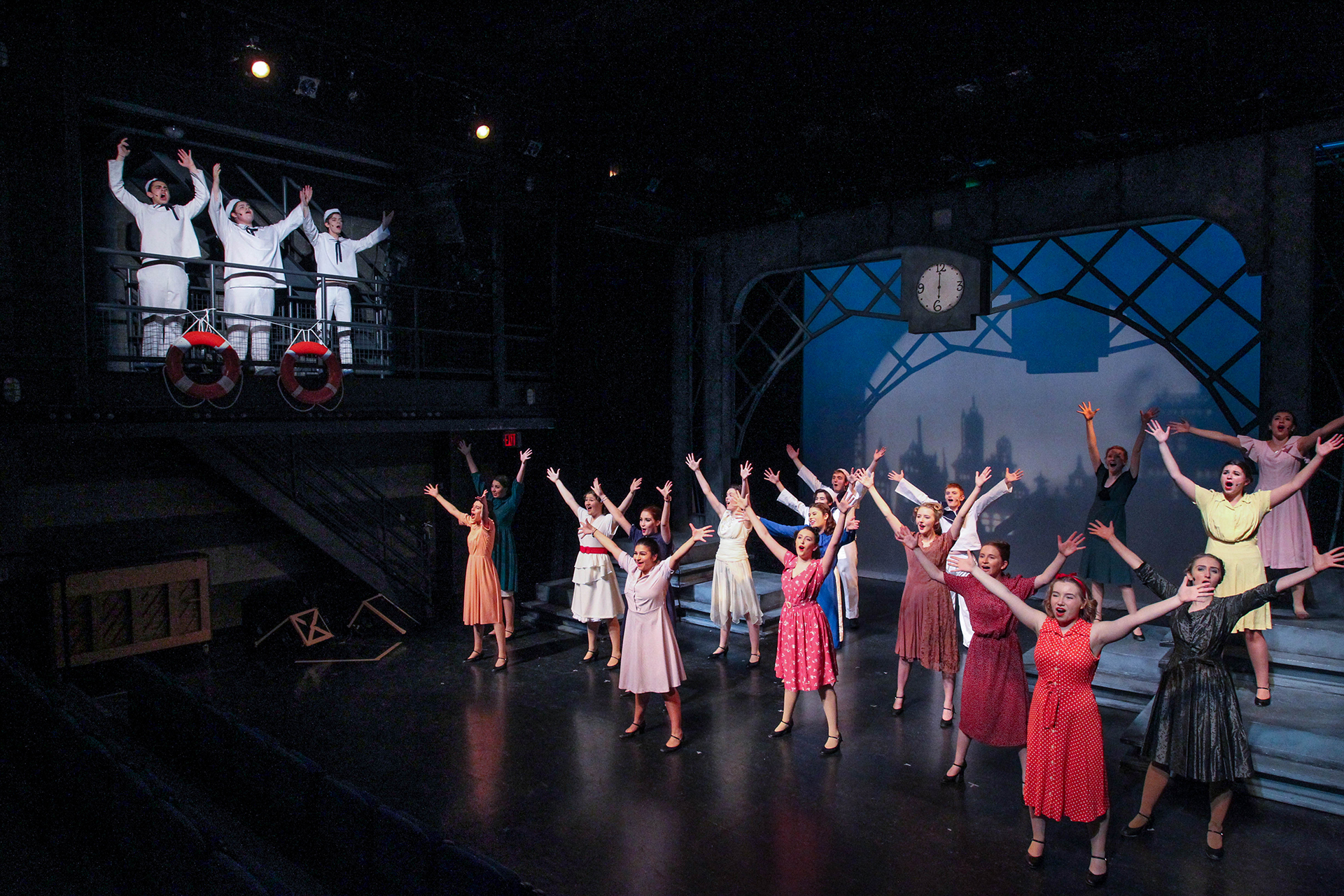 Each production starts with role placement auditions. For every show (1-2 per year, depending on your Troupe) students are asked to prepare selected materials and audition for our artistic team.

All casting decisions are made by the Artistic Panel (Director, Music Director and/or Choreographer). Much time and careful consideration is taken to ensure that we place students in roles that suit their voices (within their vocal range and voice type), are dramatically appropriate and comfortable and if required, have applicable dance background. Each show is unique and has different vocal, dance and dramatic demands. For example, one type of singer may be very well suited to a role like Maria in West Side Story and not well suited to the role of Elphaba in Wicked. Or, a strong singer with limited dance ability would struggle with a heavy dance role like Billy in Billy Elliot.

Each Troupe show is carefully chosen in order to provide as many roles as possible, and principal roles are double-cast whenever possible (meaning two students share the same role and alternate performances). An invaluable component of the Bravo Academy Music Theatre Troupe Program is the ensemble training. Every student will participate in ensemble numbers, either on their "off-night" (when they are not playing their principal role) or as part of their track (their unique series of roles over the course of the show). Playing an ensemble role builds well-rounded performers and builds skills essential to a professional career in music theatre, including teamwork, dance ability, and choral singing.

All Troupe programs run at an advanced level. In order to maintain a high quality program students are expected to:

Punctuality and attendance are our two highest expectations for students, and can often make or break the success of a show.

All Troupe rehearsals are held at our state-of-the-art facility, in the Zlotnik Studio Theatre, which offers ample space for staging and choreography. The rehearsal schedule is overseen by a full-time Production Stage Manager and posted on Student's Corner, our password-protected webpage just for Troupe students. Student's Corner is where you'll find not only detailed rehearsal schedules, but also choreo videos and music tracks to help you practice at home.

If you need additional help, the artistic team is available for one-on-one coachings, to get you caught up and feeling confident on your material. 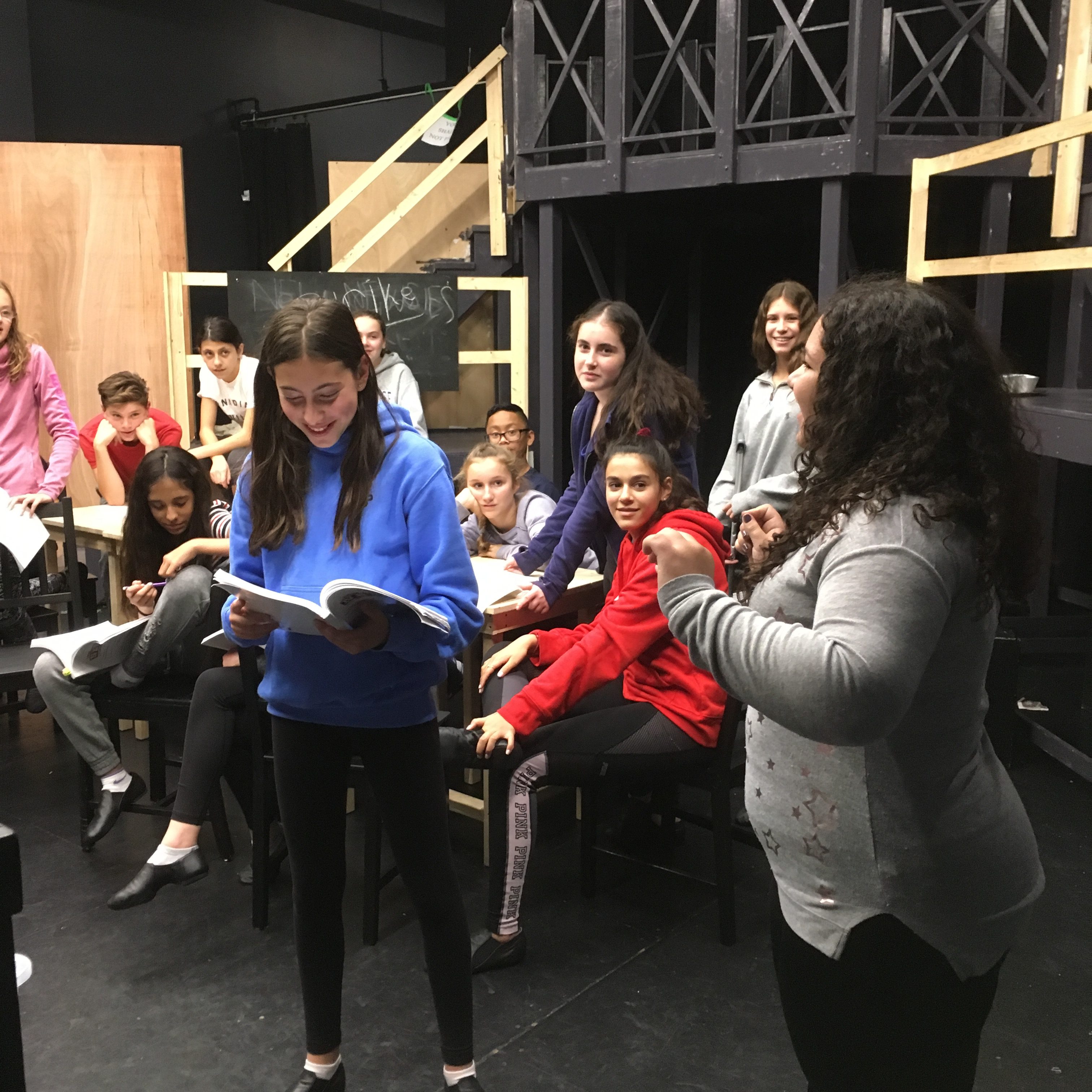 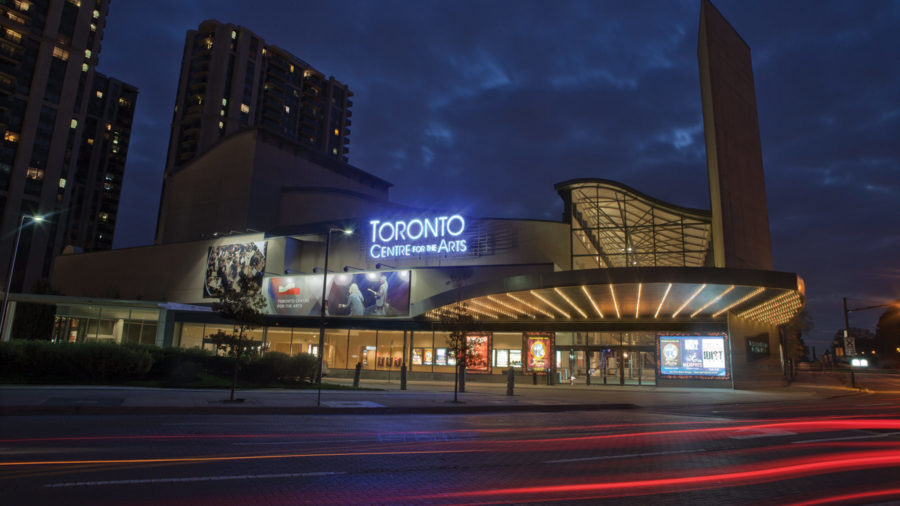 Tech week and performances are the most nerve-wracking and most exciting part of the process! So many things happen once we move into the theatre, so it is mandatory that all students attend all tech rehearsals, dress rehearsals, and performances, to ensure the success of their show!

Once we move into the theatre, students will see their show come together with full lights, sound, set, costumes, and hair and make-up. We are pleased to work with a team of professional designers, including many Dora Award-winning artists. Students work with microphones and set transitions, which brings their show fully to life!

Bravo Academy produces more musicals than any other performing arts school in the Greater Toronto Area - which means it doesn't just stop at Troupe! Many of our students extend their studies with private lessons in voice, piano, or guitar; participate in March Break and Summer camps; and audition for our New Music Theatre Intensives focused on new and contemporary musicals.

We are also thrilled to produce over 25 unique productions every year, including private lesson recitals, music theatre class shows, fundraiser concerts, teacher concerts, cabarets, and of course our Annual Gala! We always have something coming up!

If you are interested in meeting with an agent for your child for professional film, television, and stage work, we can help connect you with the right match. We can also advise on post-secondary preparation, choosing the right school, and audition preparation. 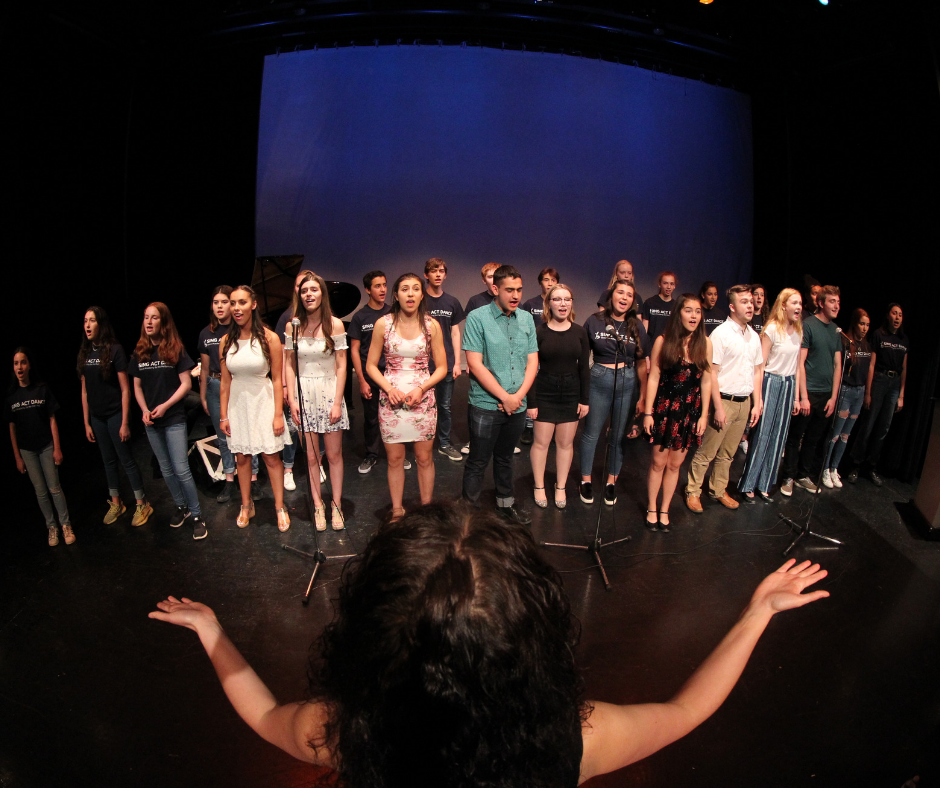 Bravo Academy Troupe students and alumni have been seen on Broadway, at the Stratford Festival, in Mirvish Productions performances, at the Sterling Festival Theatre, at the Lower Ossington Theatre, in feature films, Netflix Originals, and television.

Please refer to our Student Policies for further information.